An Amtrak train traveling from Raleigh to Charlotte was delayed twice after hitting pedestrians on the tracks in both Durham and Greensboro, N.C., according to media reports.

Associated Press reported a man was hit and killed at around 12.30 p.m. on Sunday while he was on railroad bridge in Durham by the Piedmont 75 train heading to Charlotte.

No injuries were reported on the Amtrak train. Police said the same train later hit a body in Greensboro, N.C.

Greensboro police said a man has been struck by an east-bound train around 4:15 p.m. Sunday on a railroad track near Interstate 40. The body was hit moments later by the west-bound Piedmont 75 train from Durham to Charlotte.

Media reports did not reveal the names of either of the victims. Police and Norfolk Southern Railroad are investigating the deaths. 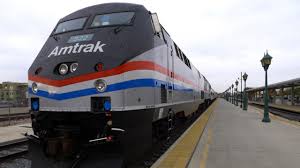 At the Cooper Hurley Injury Lawyers we deal with injuries and deaths caused in railroad accidents. Amtrak is one of the most popular passenger rail systems serving Virginia and North Carolina, but many residents also commonly use the VRE rail service and other popular commuter rails including the Tide, Norfolk’s light rail.

As a passenger, you have a right to a safe ride on any passenger train in the United States. This right includes holding the railroad company accountable if you get hurt en route. The Virginia and North Carolina railroad accident attorneys at Cooper Hurley Injury Lawyers have decades of experience helping passengers get compensated for railroad negligence so they can fully recover from their injuries.